November 6, 2011
The amazing Ciaran Whyte has a lot to answer for. I generally keep myself to myself, but in a blog post in May this year Ciaran mentioned the blogs he followed, and I was one of them. His final remark about me “Unfortunately his blog is only updated every now and again, but is still most certainly worth a visit.” spurred me on to update more regularly since then, which I have done.
Well I have done, apart from last month and that was also partly because of Mr Whyte :) It was a busy month with my ARPS assessment, but also I popped over to visit him and his lovely wife and truly amazing photographer Lorraine, and you can read about it on his post.
While I probably didn’t get any useful images from the weekend it was good to see how another photographer who I really admire goes about things, especially someone who moves in the same circles as myself and whose work is ‘similar but different’ to mine.
On the first day with Ciaran I learnt quite a bit about lighting, especially mixing natural lighting with flash which I have never done but will certainly be trying in the future. He also showed me things I really need to spend money on – really lots of money :)
The second day was extremely useful and covered his workflow and post-processing. I picked up quite a few tips on his workflow, and will be tweaking mine in the future. I feel post-processing is my weakest area so it was great to see how Ciaran works, and I definitely feel that my images will improve quite a bit in the future both in final image quality and speed in getting them out (cue sigh of relief from various models!!!)
First I have to say that while Ciaran may go out of his way to be ‘provocative’ on some model/photographer forums, in real life he is really the most friendly and helpful guy you could meet. Not only is he willing to show you absolutely everything about how he produces his pictures, he automates a lot of his work with Photoshop Actions and makes them freely available.
I use the ‘content aware’ facility in Photoshop quite a bit to tidy up small areas of an image, but it’s actually a lot clever than you think and he uses it on larger areas and in ways I would not think of. As an example here is an image I am just working on for Holly from January 2011, first we have the straight image out of camera RAW. 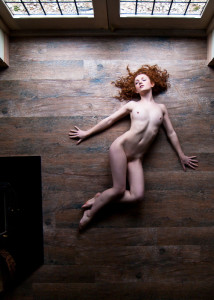 I thought that removing the log-burning stove was going to be a pain, but by literally selecting and clicking delete with content-aware selected, hey presto. 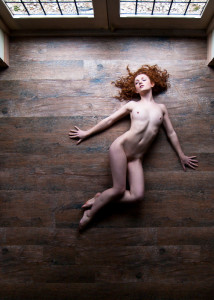 Now I may zoom in and remove any repeating patterns, but it looks pretty good to me.

So a huge thank you to Ciaran and Lorraine, and you can blame Ciaran for a lot of the improvements in my photography. It was great meeting all the other photographers over the weekend, and I had a most enjoyable time as well as picking up loads of great ideas and tips. Now to start making a dent on that backlog of images :D

It’s a little disappointing you didn’t get anything usable, but glad you enjoyed the trip across regardless.

Ciaran, don’t be disappointed, I’m not. I had a super time and learnt such a lot and enjoyed the social side as well.
Like you I have high standards for a usable image, and I really need to warm up, which was probably unrealstic in the timeframe.
I think all participants got what they wanted out of the ‘workshop’, so well done as it was not easy with such a different mix of photographers.

a fascinating read, as always Tim