November 24, 2012
At the end of each year I look back at what I have done over the past 12 months and what I can do in the next 12 to improve my photography, so this post is a little bit more about introspection and news rather than new images.

It will be a surprise to some, but not to others, that I’ve not always been confident in the quality of my photography and my images. This has been puzzling to some given what even I must accept has been very significant success in exhibitions and distinctions and the popularity of my images. Without naming names it’s actually quite a common trait shared by a number of excellent models and photographers I know, I think they produce amazing work, but they just think that it’s everybody else’s work that is great . The key now is not to swing too far the other way with overconfidence :)

What got me thinking about this was my latest success in the Tallaght International Salon of Photographic Art, to give it it’s full title, which is based in Dublin. This completed the triple crown following on from my success in the London Salon and Edinburgh International, and along with various other awards means that people are starting to recognise my name and images. Having now scaled all of the major exhibition peaks I could wish to conquer I can now concentrate on just developing my photography.

I went to the opening of the Tallaght exhibition which is on at the Country Library for the next week or so. It was a very fleeting visit, I spent 12 hours in Dublin, including 4 hours asleep, and was able to get back to work for 8am the following morning. People who know me will know that I do mad things like this, it’s nice to collect medals in person and its a way of showing your appreciation to the exhibition organisers who put a huge amount of effort into making them happen.

I was collected from the airport by Brian Hopper, and if you think I am successful in exhibitions then check out Brian’s website, and see how to really win awards. As well as winning the gold medal for the best colour print with “The Piano” the image was also awarded the “Best Image In The Salon” for which I was presented with a Cuchulainn Trophy. It’s actually very humbling to think that 6 fellow photographers that I hugely respect awarded my image first place out of over 5,500 images, and I spent the whole evening with a huge stupid grin on my face :)

As well as taxiing me about Brian also very kindly acted as my own personal photographer, and here’s one where I don’t look like a Cheshire cat. (Yes before anyone tells me I know I need a haircut!)

And afterwards what better way to celebrate than going down the pub for a few glasses of my favourite alcoholic beverage. 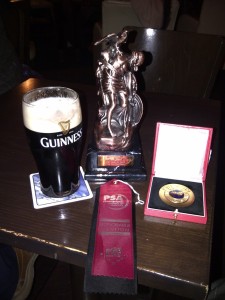 So in the words of the famous Guinness adverts, I think that finally the self-doubt has gone and “I Believe” in my photography.

Thank you Nanette for creating beautiful images with me, to the Tallaght exhibition team for putting on a superb exhibition, to the club members who were so friendly and welcoming to me, and to Brian for a super evening.

Well that’s the past so what does the next year hold. I think it’s a given that I need to work with Nanette more, although I said that last year and failed miserably, oops :(
I feel a yearning to get back to Scotland and visit some new found friends there, as well as another visit to Portugal and various other places in the UK. I’ve also found quite a few new models I want to work with, and I need to work more with some existing models who I never quite got round to working with enough times last year. I also have some amazing new locations that people who like my images have just contacted me and offered me access to, all contributions gratefully accepted.

And I lied about there being no new images on this post, so talking of new models here’s a few shots of Keira Grant a really great US model who I worked with when she visited the UK in June. Hopefully she will return to our shores sometime. 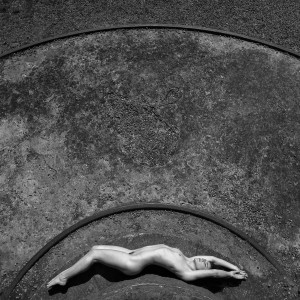 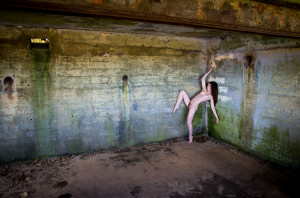 And a few of Rebecca Tun a superb model who I had a very short notice shoot with recently, during which we produced some super images, I have tried to slow down recently but we still ended up shooting over 1600 images in 4 hours in a quite small white background studio!  I hope to work with her again in 2013.

These are all very quick edits, with the last mono one being infra-red. 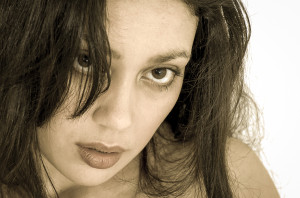 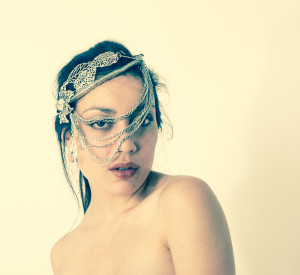 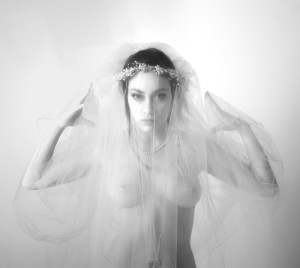 Now we just need to get this Christmas lark out of the way so we can get the show on the road and produce some more images.

Congrats on the Gold medal and best in show award too Tim.
Good year too so well done.
Like the added images.

Congratulations again Tim. A super result this year. May next year be equally successful.
I’m glad you mentioned that you are planning a trip to Portugal again. You will be ever so welcome.

It’s great to see you get rewarded for your work. I’ll be watching for the 2013 gems.
Infrared, very cool…….or hot.