October 3, 2010
Well I have failed miserably in blogging my last trip to Scotland in April before I visited there again in September, with a similar “mission” as Dave Hunt calls my photographic exploits. So in an attempt to make amends here’s the details of the last day of this second trip, purely because I’ve finished some images – which is a miracle in itself :)
This time the model was the absolutely beautiful Fredau from the Netherlands, but currently residing in Edinburgh. I’m still not completely sure how to pronounce her name, and I called her by numerous pronunciations over the day, happily all of which she answered to!!
Well it was Scotland, so of course it rained. However, I was prepared for the rain and first we started off at an abandoned castle. There was no need for a lookout on this occasion as any passer-by would have drowned before reaching the castle.
Here are some shots in a chamber that was dry, but had great light coming in through a hole. As you can see Fredau has a wonderful figure and such amazing classical looks. 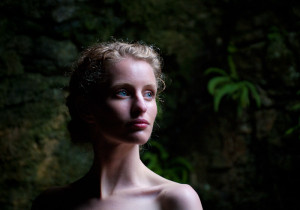 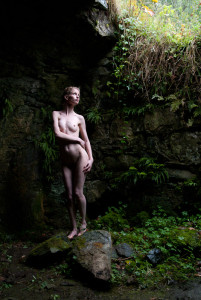 We did manage a few in the castle itself before it rained, and here’s one of them. 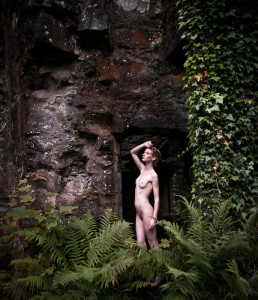 Then in the afternoon it was still raining, so off we went to a dirty (but dry!!) abandoned building, where the light was super. 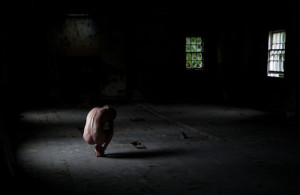 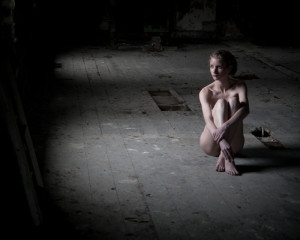 The final image was very loosely based on an idea for an image that Fredau had, but actually I think it’s probably completely different, as us photographers tend to just go off at tangents. 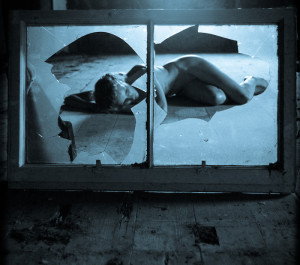 So a huge thank you to the delightful Fredau, between us I think we produced some super images, even though she had to put up with very cold conditions during the first set at the castle, and got quite dirty during the final set. I do hope to work with her again if she ever travels south.