I produced a book last year with images of the lovely Holly, largely to try out a different supplier of books. Randall Hobbet, a fellow photographer, enquired about buying a copy, as he particularly likes the images we produced together, but the company was in Germany and they didn’t seem to ship to the USA where he lives. So I decided to produce a book with Blurb who I have used many times before, and Randall kindly helped me out with image selection and book layout as well, as I value his judgement on all things artistic.

The book was duly finished and I got his copy shipped directly to him. Strangely it was much cheaper ordering it from Blurb.co.uk and shipping to the USA compared to ordering directly from Blurb.com, and when looking at the tracking data his copy of the book was printed in Seattle, while Holly and my copies were despatched from Rotterdam, as all the books I receive from them usually are.

You can see a full preview of all of the images in the book on the Blurb website.

I edited quite a few new images, so here is a selection of then, starting with a shot taken on our first ever shoot in 2009 at the start of my model photography. I think it’s quite a good shot, but that’s more down to the model than the photographer :) 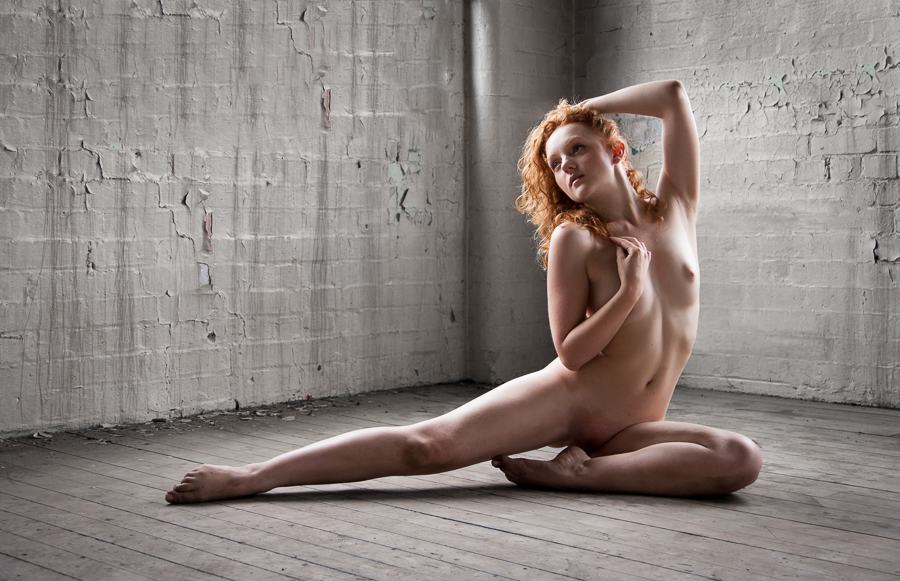 This was also taken on one of our early shoots when I got access to a newly refurbished cottage, I’m actually quite happy with the slightly distorted legs 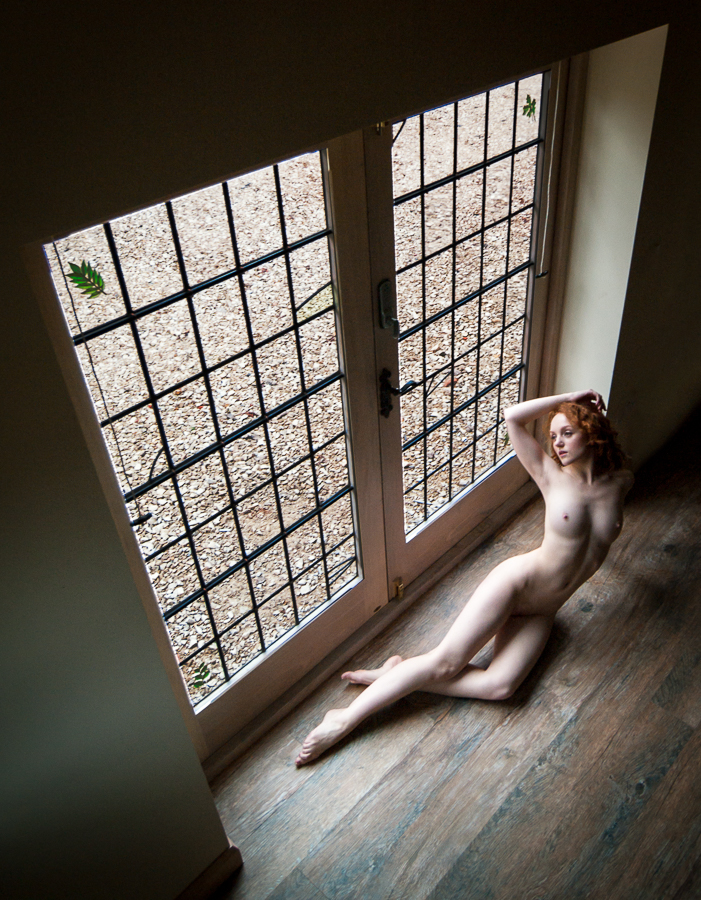 This is the cover of the book, with Holly blending in with a rather rusty old sheet of metal. 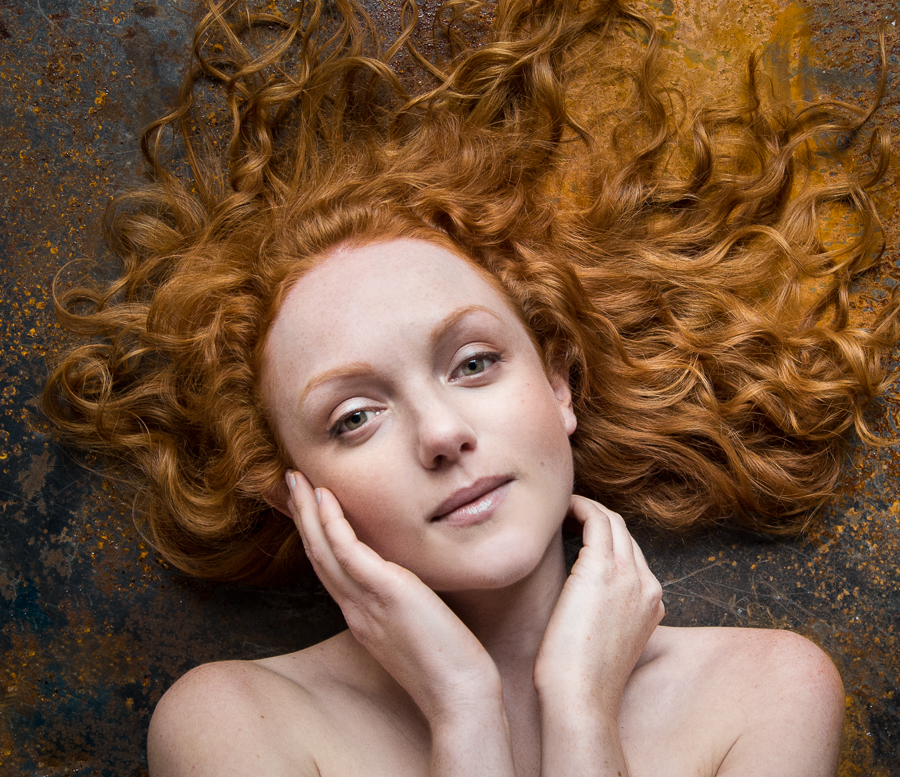 One year Holly accompanied me on my tour of Scottish camera clubs with my talk, and we were also joined by my good friend and fellow photographer Francisca da Silva. These were taken at the so called ‘secret castle’, which is probably the worst kept secret and probably the most popular location for shooting nudes in Scotland! Holly spotted the eerie green light here, and did a beautiful pose matching the curves in the arch above. 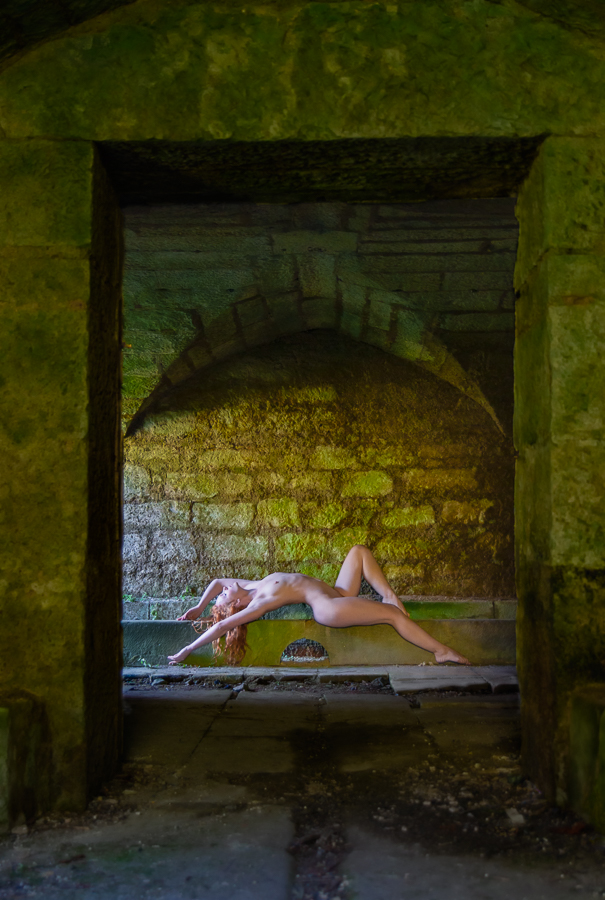 There’s also a great corridor and perfect pedestal for Holly to do some ‘statue’ poses. 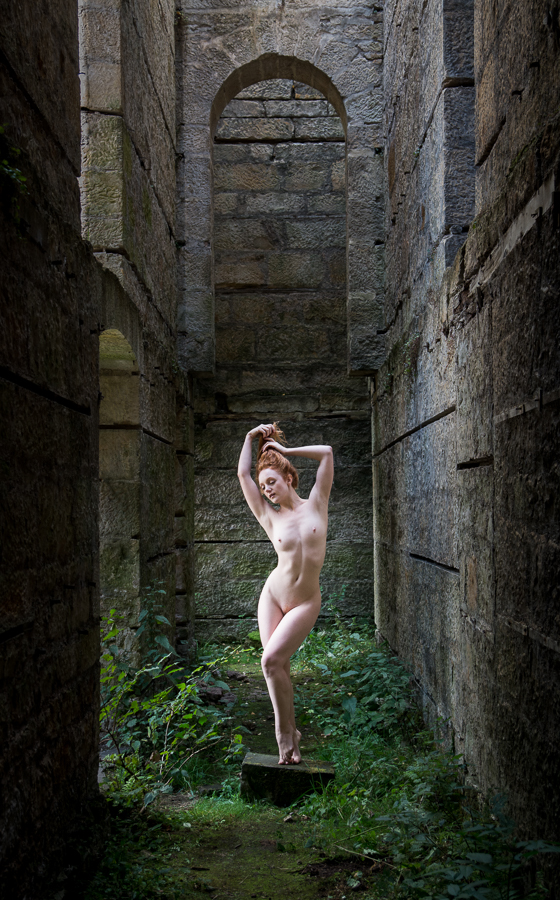 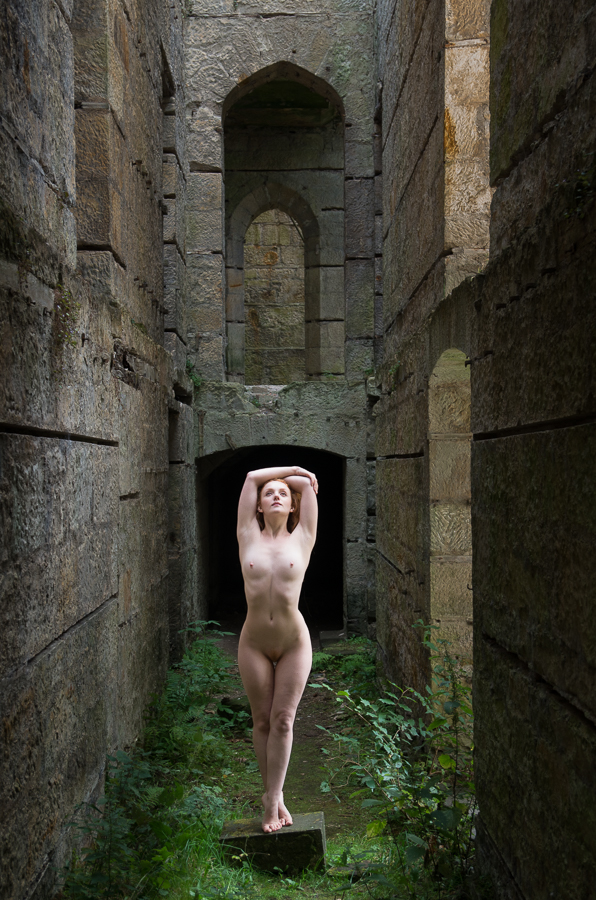 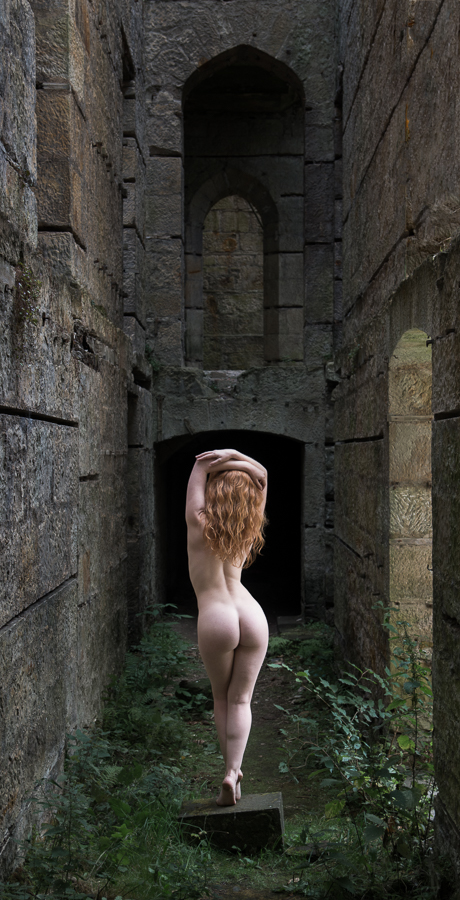 When I showed Holly a preview of the book she didn’t remember seeing this image before, it was taken on a great day with fellow photographer Rebecca Parker now Knowles. 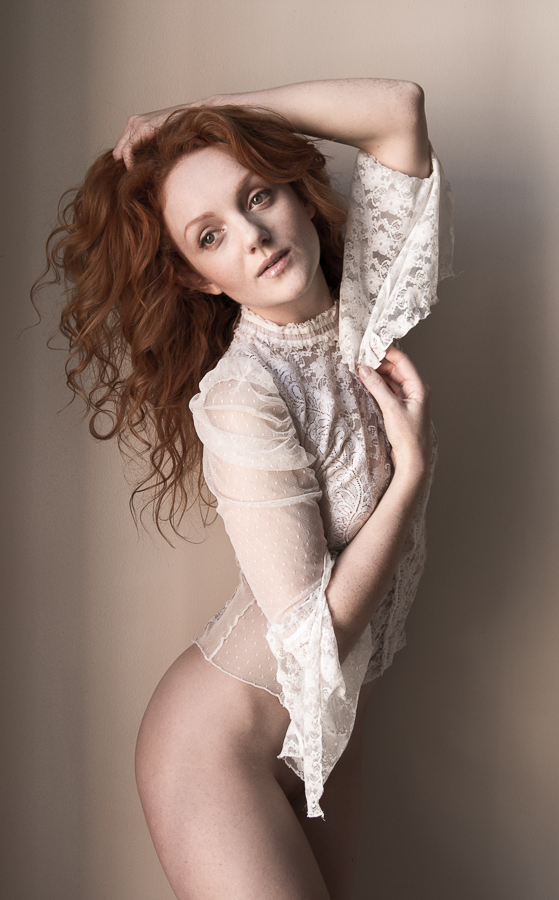 In Brittany we found a nudist beach, which was great as we didn’t have to worry about constantly looking out for member of the public, so Holly jumped for joy :)

We were not too good at timing the waves, so Holly got wet pretty early on. 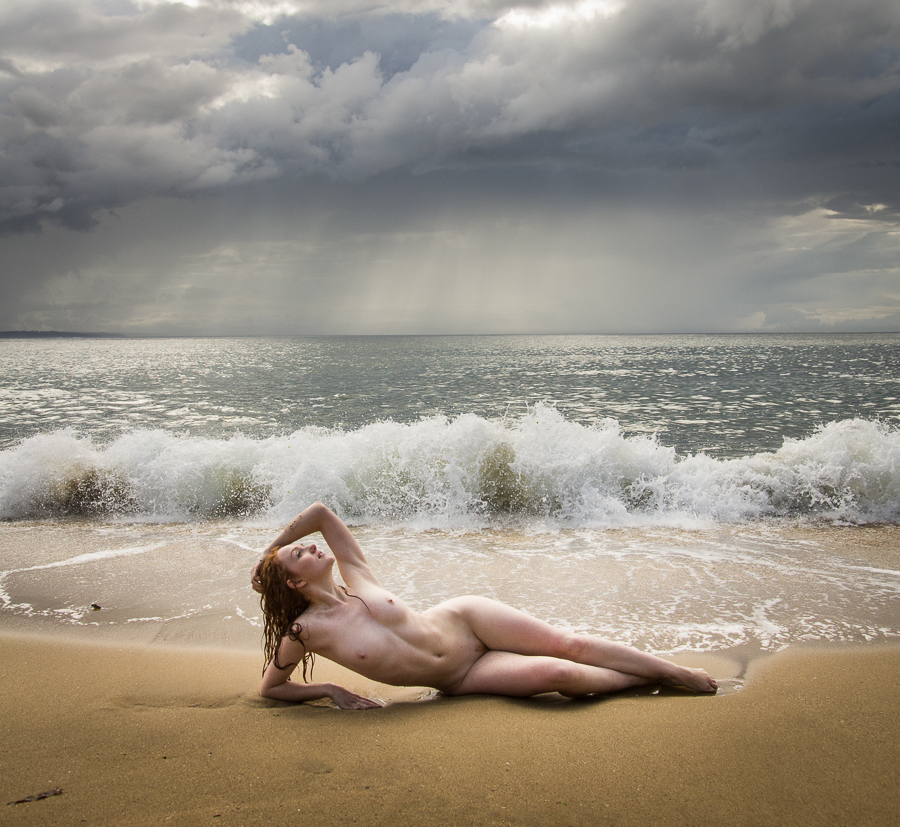 Taken on our last shoot, on a visit to Fransica’s, who always organised so many great locations. The first image was taken in a community centre which had such amazing marble on the walls and floor. I liked the framing here, it almost looks like a picture on the wall. 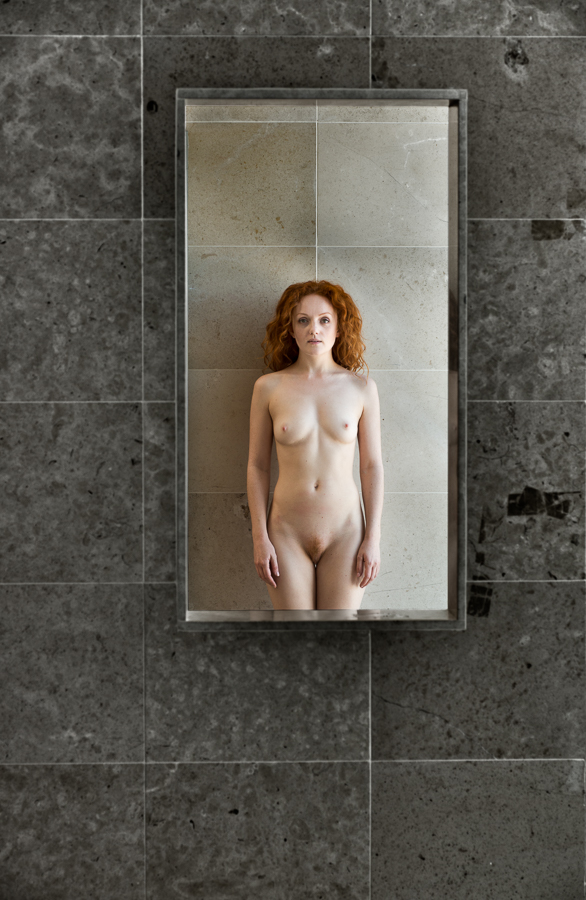 And these magnificent doors were at a long abandoned hospital, I thought the colour of the doors matched Holly’s complexion and hair so well. 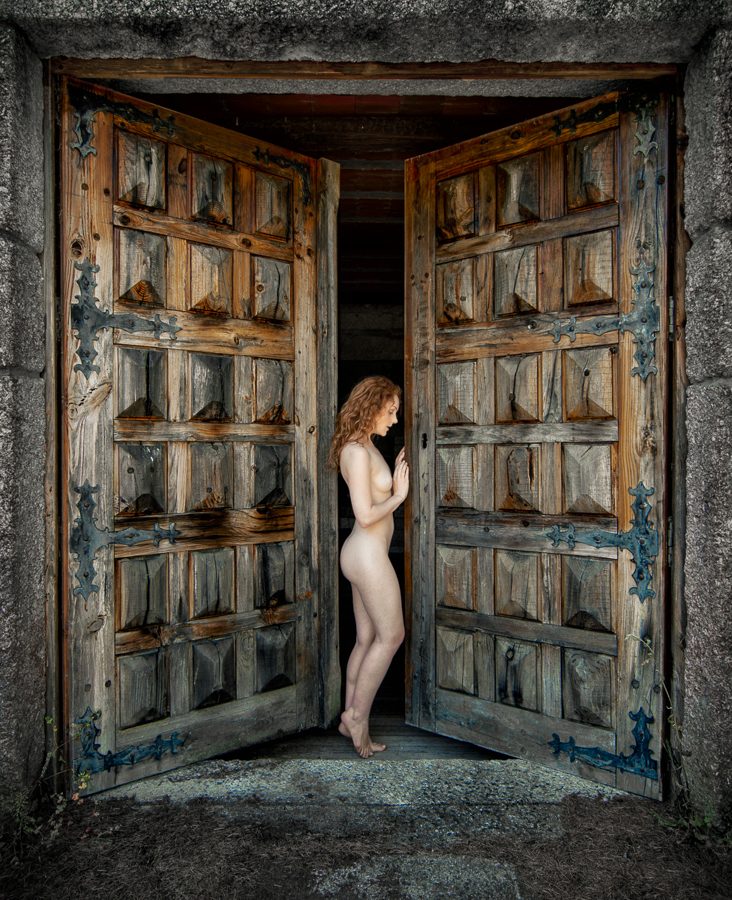 And it’s fitting to end with an image taken on a trip with Randall, at the end of the day coming back over the Hardknott pass this was the view in the rear view mirror. It was pretty cold and almost gale force winds, not that you’d know from Holly’s sublime pose. 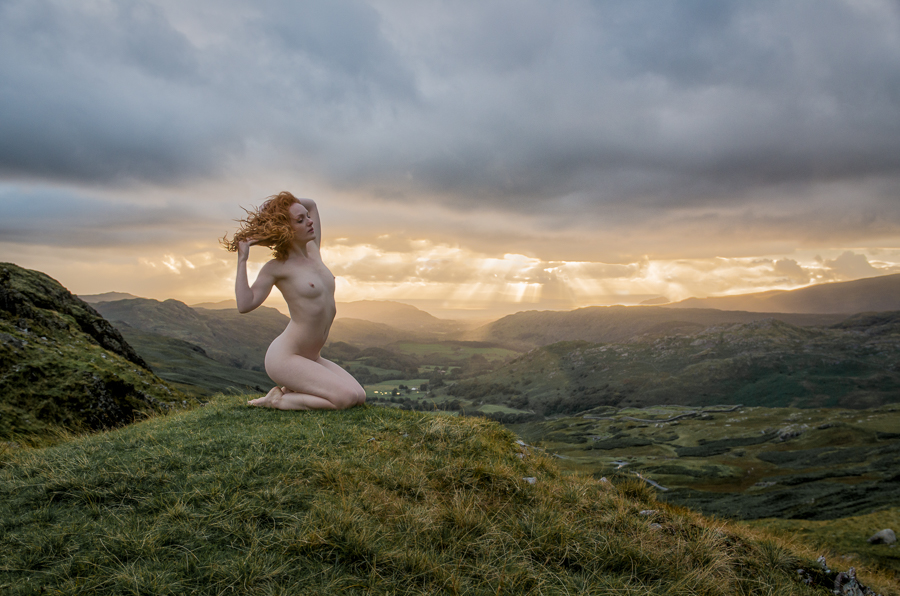 Many thanks to Holly for all the amazing shoots that are depicted in this book, and to Randall without whom I probably wouldn’t have made the book.

Amazing images , Mr Pile. Amazing.
I must sit down now, since I was advised not to do myself a mischief when admiring such works of art. :)

Thank you Mr Pope.
The aim of my images is to bring some beauty to the World and not set off medical conditions :)

Truly amazing and inspiring. Keep on posting and feeding my source of new ideas.

Thank you Peter, I like my images, and I like it even more when others like them and show their appreciation. You are producing some wonderful images as well :)