January 19, 2013
One of the reasons for the improvement in my photography has been other people pointing out mistakes I have made, and then me learning from and acting on their advice. Unfortunately in most photographic circles it’s etiquette not to point out faults in people’s photographs which usually just leads them to repeating the mistakes.
My biggest pet hate is where the photographer has unintentionally distorted the model so parts of them look out of proportion, which is commonly caused by the photographer standing too close to the model. For headshots this means that the photographers uses a wider angle lens than is optimal leading to the model looking like they have a big nose and an even bigger shoulder or hand. For full length shots this means that limbs that are closer to the photographer than the model’s torso are dramatically out of proportion, which is exacerbated even more if the photographer shoots from a low position, giving the model really chunky legs and the most common problem, big feet.

Here’s one of my early mistakes, here by being too close the feet and legs look out of proportion to her upper body, unfortunately I have seen far worse cases.  This was actually from 3 years ago and was the first time I had ever worked with Ivory Flame, hopefully my images of her have improved since then! I am sadly able to identify quite a few of the models I work with by just seeing one part of their body in an image, so I know quite well what the proportions of their body should be, and when they are wrong.

OK rant over, so now some images where I knew the model was going to be slightly distorted. These were taken when I went to visit the lovely Francisca, who took me and Ivory Flame to a beautiful windmill. It was raining so we had to work inside the windmill, which although it had no roof did provide some shelter.
Now those who know my work will know that I like to show the model in the environment, rather than just an image of the model. In this case it meant a wide angle lens, and even then pushing myself hard against the opposite wall of the windmill. I kept the model’s head as close to the centre of the frame as I could as that is where the distortion would be minimised. The model’s legs have lengthened, but not so much that they look odd, and although the model is question is perfectly proportioned I don’t think she would be offended by being shown with slightly longer legs :) 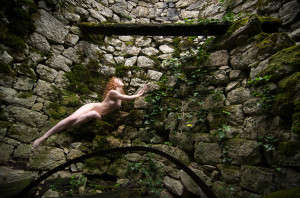 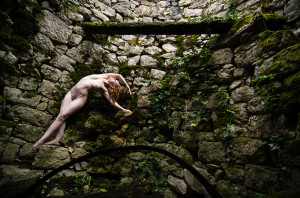 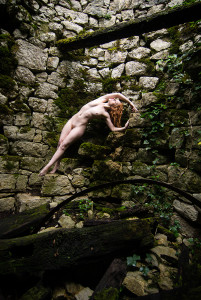 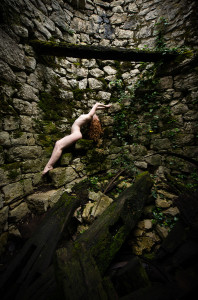 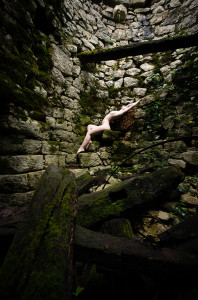 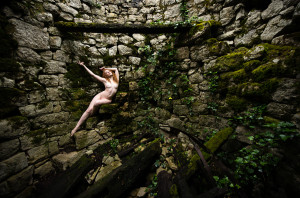 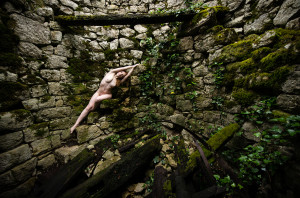 You may have noticed that she didn’t really move around in these images, so the pictures vary by her changing her pose and me changing my viewpoint. The windmill was full of of hazards, and that was really the only place that she could get to that was safe to pose on, if you think she is in a precarious position you don’t really want to know sort of things I was balancing on!

A big thank you to Francisca and Ivory Flame, and comments on which image you prefer are most welcome, as I find my blog readers are better at picking winning images than me :)

Thank you Mr Pope, and a happy new year to you. It just bugs me when photographers take a wonderful raw ingredient – a model – and then mess up the image when it could be avoided.

Since you ask, the one I like best is the first one.

Love the images Tim. Looks a hazadous location especially in fhe rain.
Good work from all.

I honestly can’t Pick a winner, man.
You guys work so well together.
I just ran across your blog a few minutes ago–and I am looking forward to getting into it.
Best to You and Your People!
Cheers

Ah, Holly. My photography-loving brain just can’t get enough of her :))

What a superb lesson – longer lenses from me from now on. Thanks