I’m back in fashion!

I’m not one for following trends, so by the time I joined FaceBook the early adopters were already using another social media site as their main platform, and I’ve recently joined Instagram, just as many others are winding down their presence on there or leaving, sometimes not by choice! One of the reasons people often move is because of repeated bans, even banning people whose images have been censored to meet the sites rules, something I discussed in a previous blog post.

One of the last bastions of social media allowing nude content was Tumblr, but this week in a knee-jerk reaction to some particular odious content being found on their website they have announced they are banning all nudity. They used to have a quite sensible policy required blogs containing nudity to be flagged as such, so that people could choose not to see them if they didn’t want to – “Tumblr’s Community Guidelines permits adult-oriented content but requires blogs that contain occasional or substantial adult content to be flagged as such”. They appear to have gone for the now widespread policy that anything showing male or female pubic areas, or “female-presenting” nipples, will be forbidden, but buttocks are OK. The “female-presenting” bit is probably a nod the the transgender community, so apparently someone born female but presenting as male is apparently OK!

Detection of images will be by using the good old Artificial Intelligence, which in it’s current form is extremely unreliable – I get away with posting far more uncensored nudity on FaceBook than I ever used to since they bought in AI! Most of my images on Tumblr which don’t meet the guidelines have not been flagged, but the small number that do meet the guidelines have been flagged. 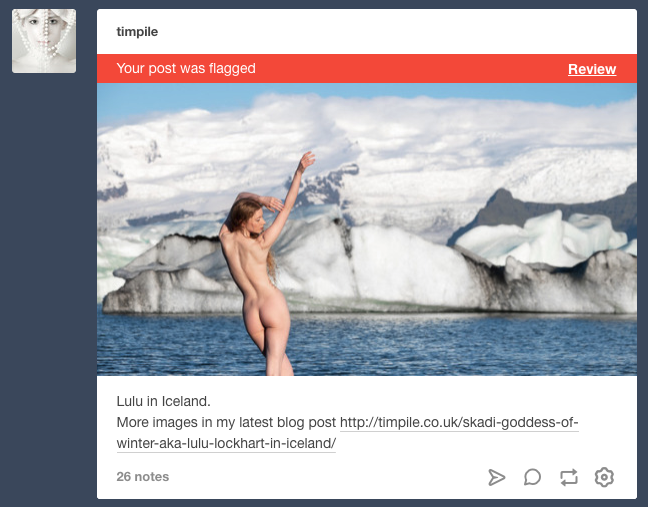 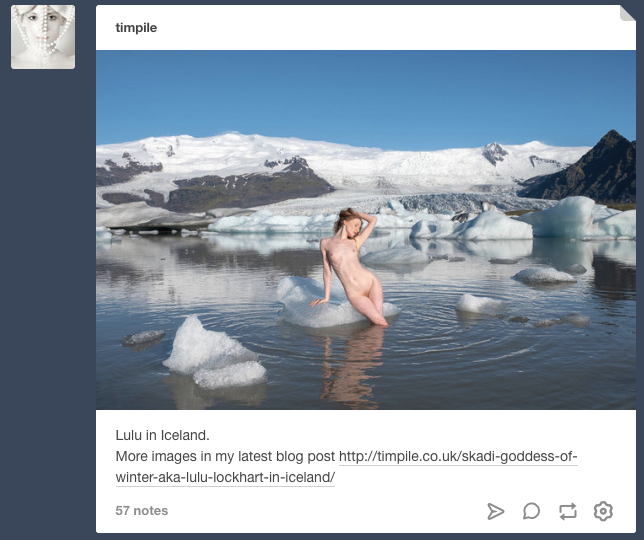 All of this means that many models and model photographers are coming back to using or creating their own websites, and starting their own blogs, where they have full control, just as I have been doing for the past 7 years. I went out of fashion, and it’s quite amusing that suddenly I’m bang up to date again! I have great sympathy for the models and photographer who derive their income from my genre of photography, as while all these things are a minor inconvenience for me to them it can make the difference between making a living or not.

Just as social media sites come and go out of fashion there are a few locations that I have used over the years where my interest in them has waxed and waned. I have access to one particular great private location that I have used since the beginning of my model photography, but which I have used less in the past couple of years since I was doing more foreign trips. I recently revisited the location with the wonderful Lulu Lockhart, and the talented Rebecca Knowles, and had a really productive and enjoyable time.

Here’s a selection of images we created on that visit, we’ll start with some near a lovely flower bed we found: 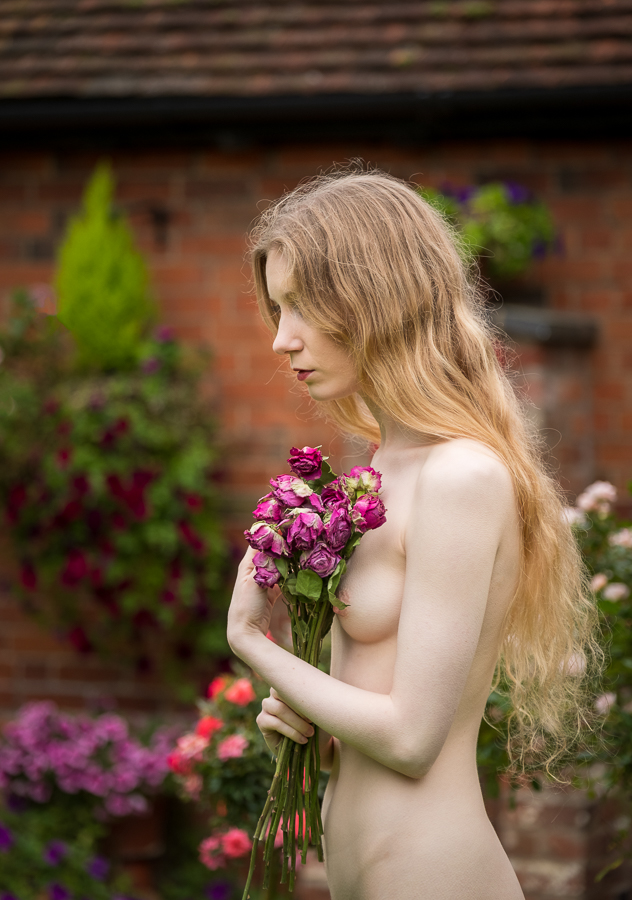 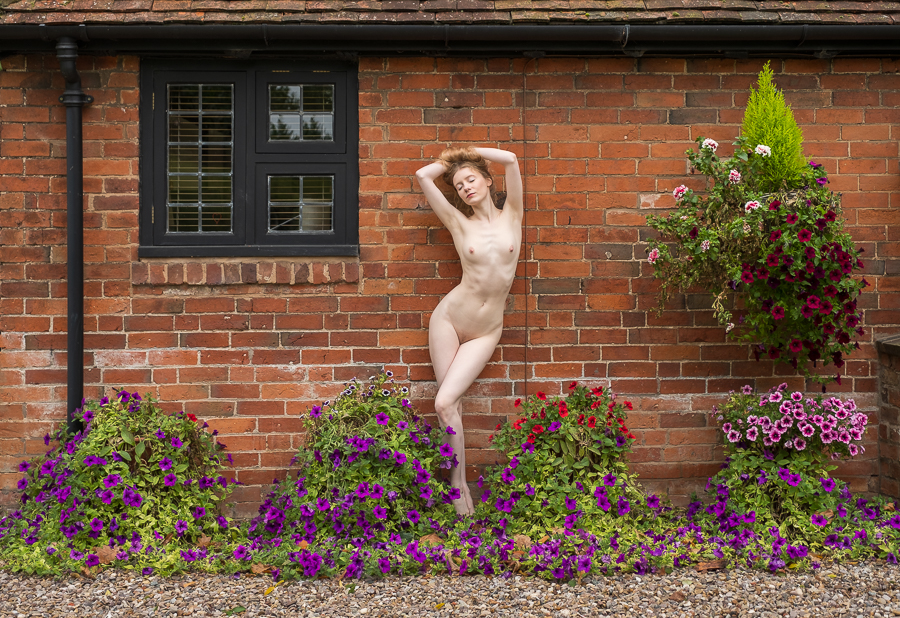 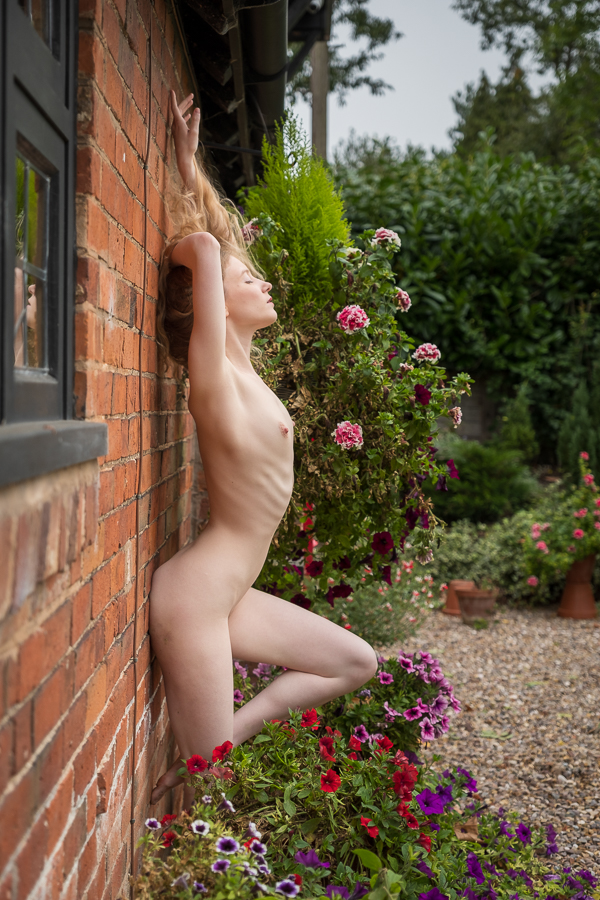 The house was built in the 1400’s and makes a great backdrop. 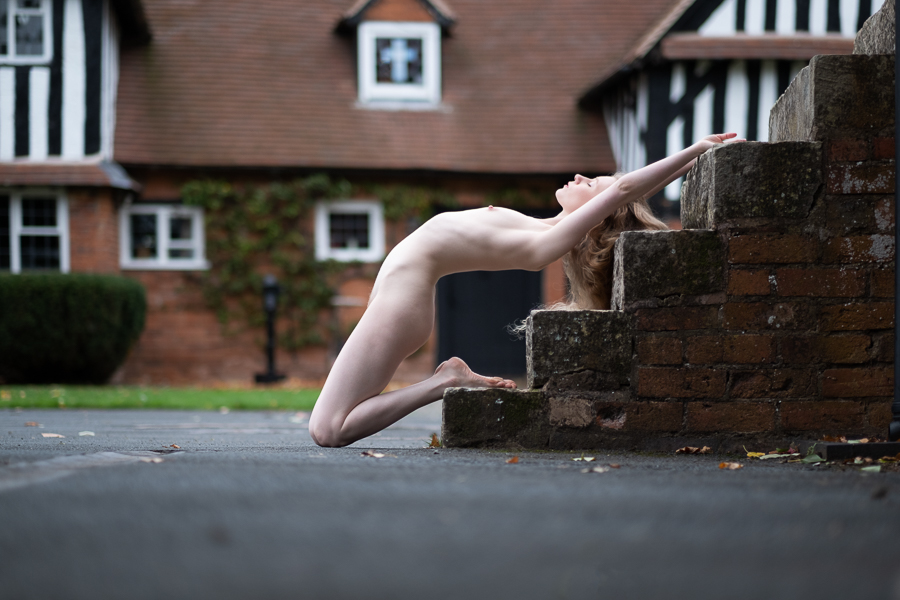 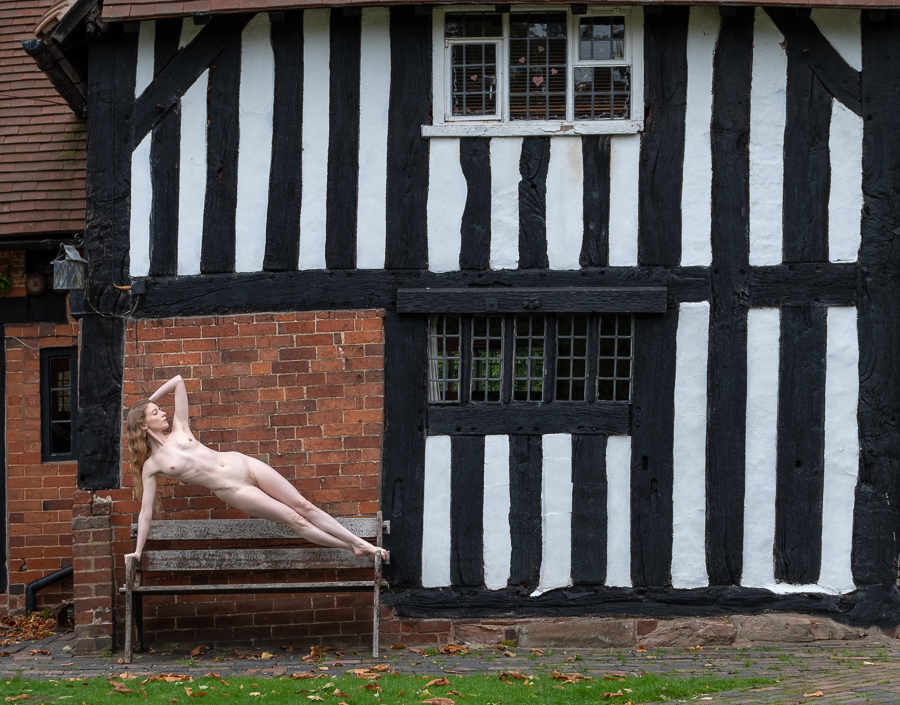 And we always like windows as they make a great frame. 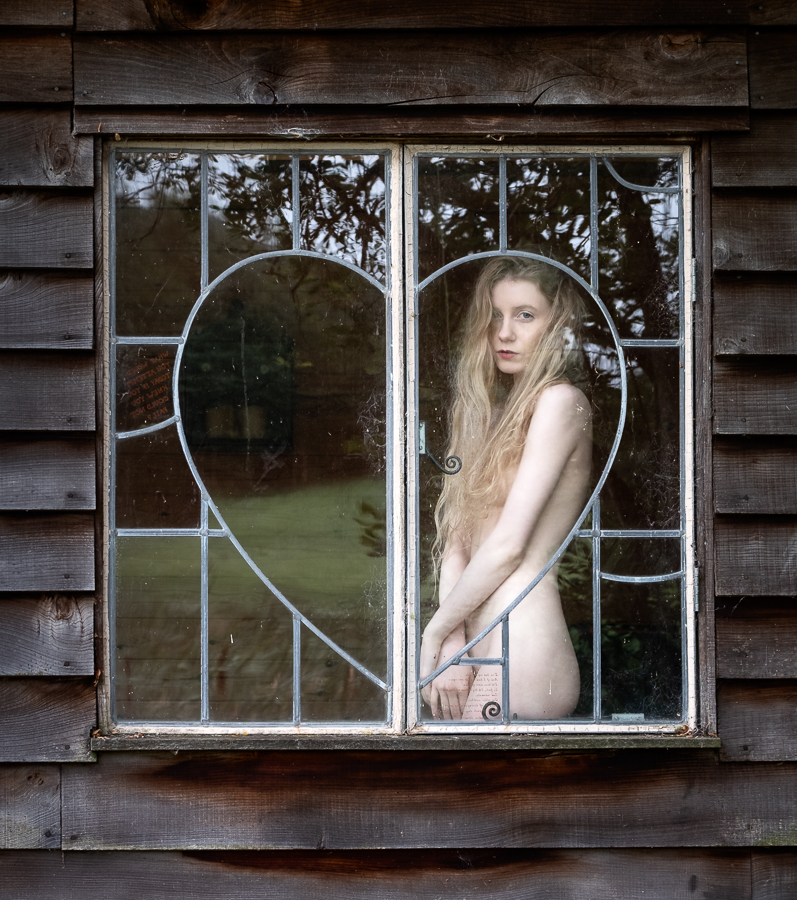 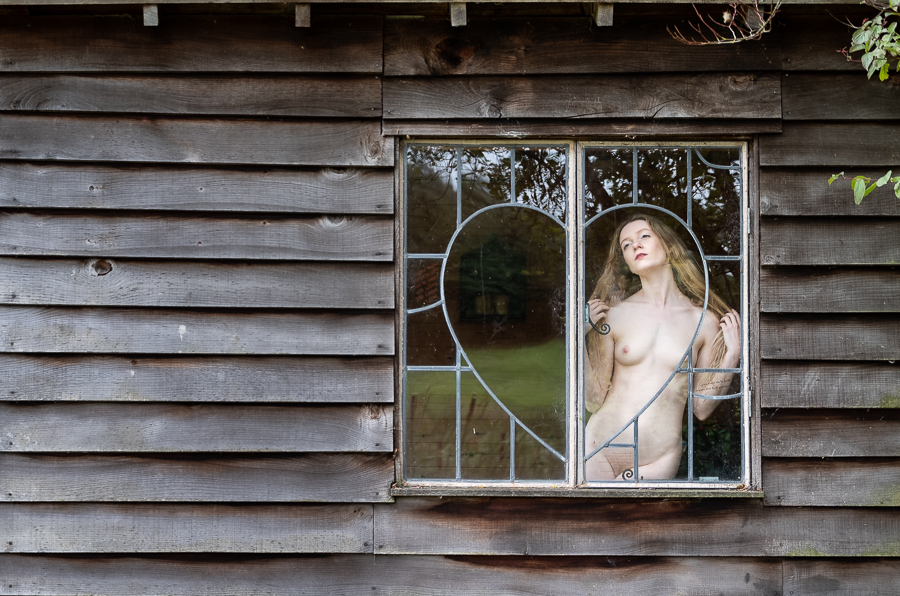 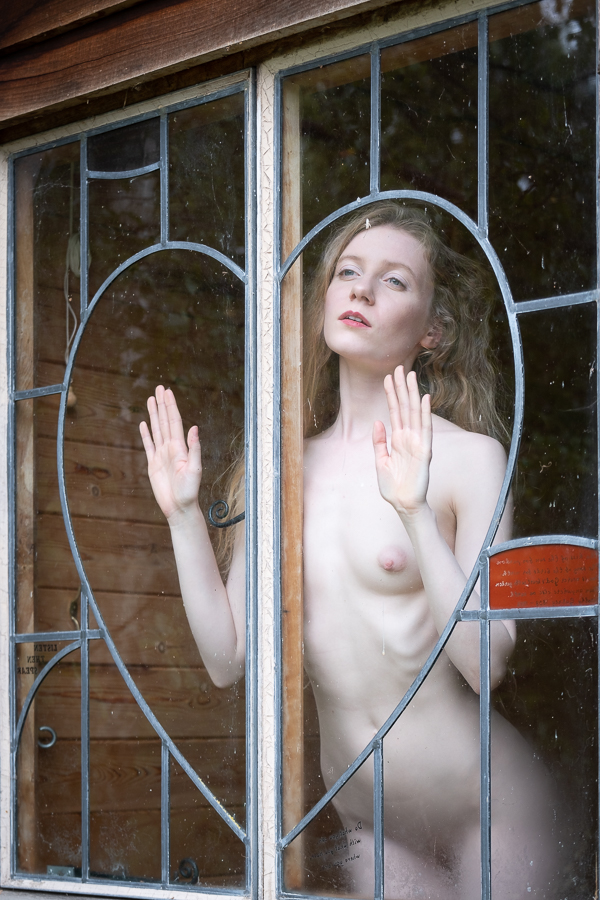 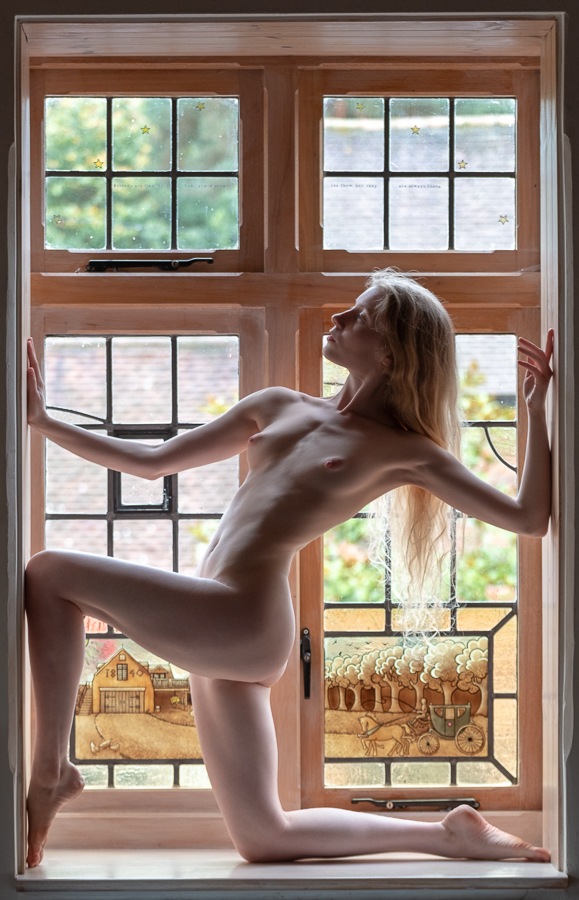 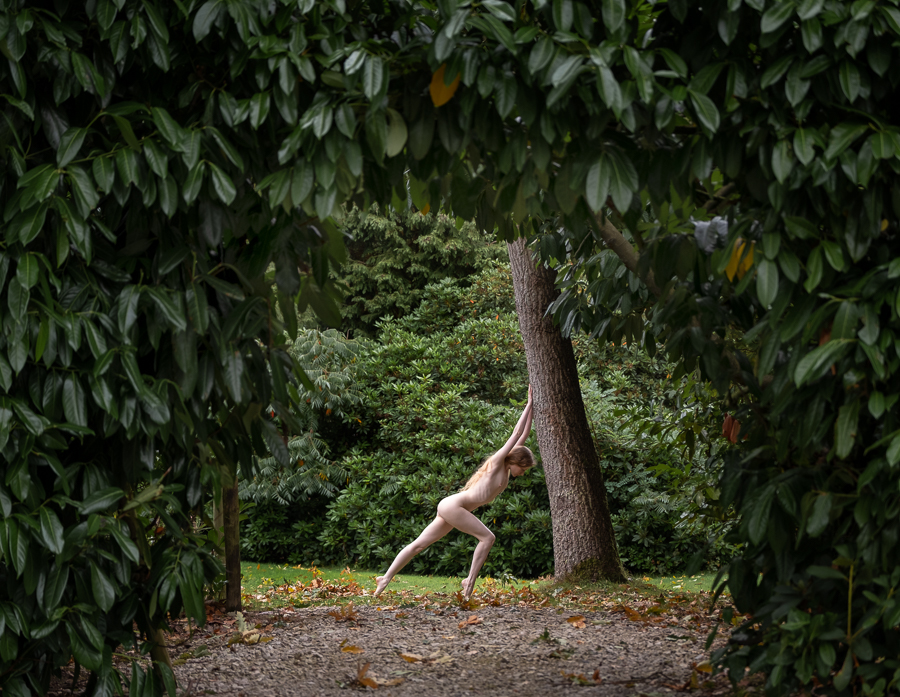 I wish all the best to the models and photographers affected by all these changes, and many thanks to Lulu who is a constant who will never go out of fashion :)

This lady certainly goes the extra mile for you Tim. The pose on the steps must have been agonising. But they are all extremely effective.

She certainly does Roger, I’ve been working with her just short of 5 years and she still amazes and entrances me :)