A common question I am asked is how on Earth I find the locations that many of my images are taken at. To start, I mainly shoot on location for a number of reasons: I’ve never really found any decent training courses for studio lighting so remain a novice in that area (suggestions for good courses most welcome!), I’m also not that good at posing models against a plain background and run out of ideas pretty quickly. On the positive side I like the challenge of producing images at a location that is not setup for photography, and at which few or no other people are likely to have shot at, as many studios have instantly recognisable features. Also many of my locations are free, which means there is more money left to spend on models, which is after all what the images are about.

As for finding locations it’s all about hard work searching for them, luck, networking, and sometimes being a bit cheeky in asking friends. For outdoor locations I will ask my landscape photographer friends, who are usually quite happy to give me location suggestions as my images will be quite different from theirs, and I’m always happy to divulge to photographers or models where any of my images were taken, when asked.

Google is also great for finding locations, and with Google Earth you can also zoom in and find which direction the light is likely to be coming from at different times of the day.

One other rich source of locations is people who approach me as they know my images. These images of the wonderful Katy were taken at one such location. After giving my first ever talk to a camera club, somebody came up to me at the end and said they loved my talk, they followed my blog, and knew a great building near Manchester that would suit my images. I asked whether we’d be able to shoot there, they replied that they’d already shown the owner my website and when did I want to go :) So that was a bit of luck as well as networking!

This was a joint shoot with the couple who got me access to the building. I like joint shoots as we can always learn off other photographers, and generally our images are quite different as we find different compositions, make different image selections, and also do different post-processing. For outdoor shoots it also mean one of you acts as a spotter, looking for the public, but that was not needed in this case as it was a private location. There are also costs savings, which again means I can do more shoots on the same budget.

So here’s some of the images: 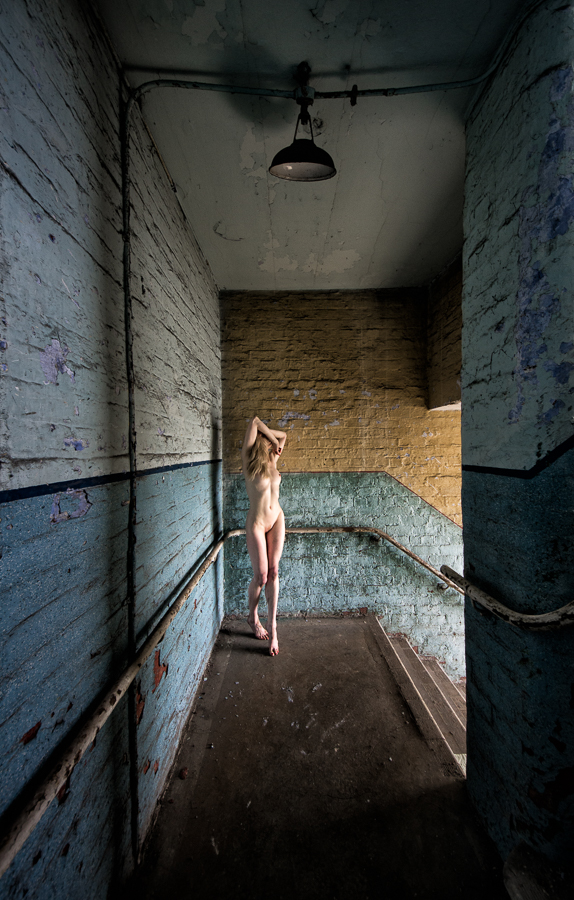 I just love Katy’s muscle tone in this one. 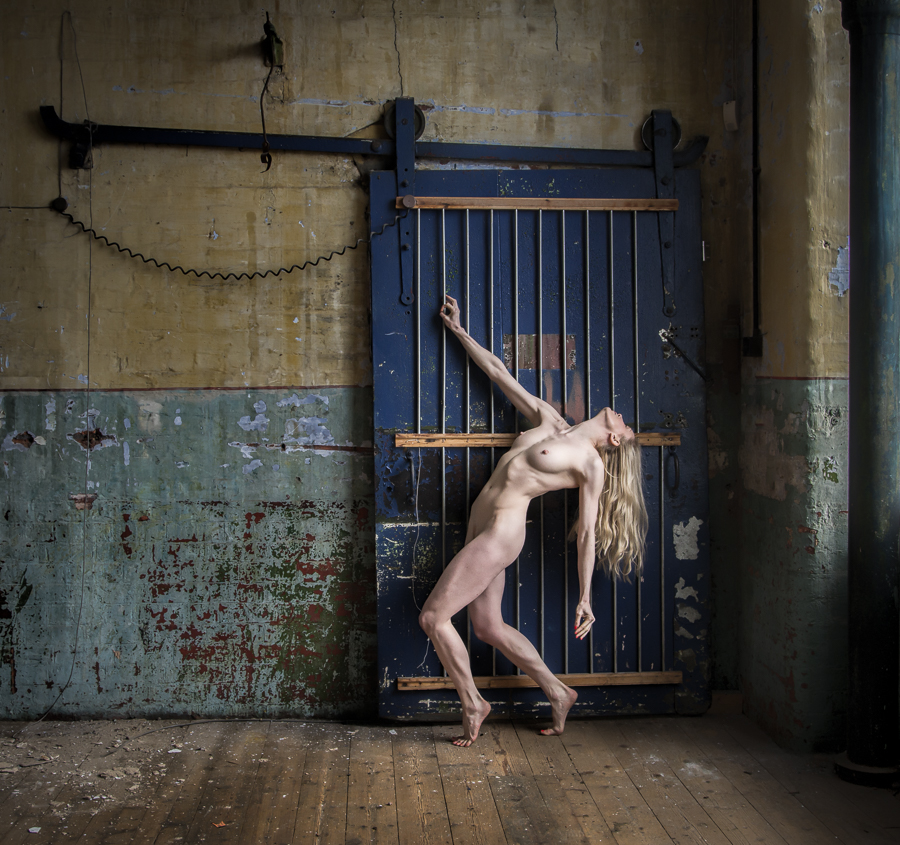 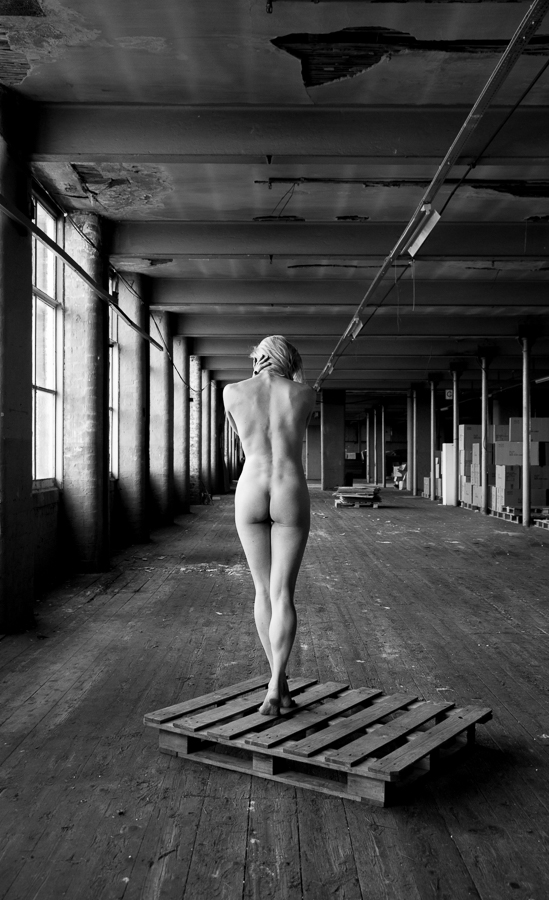 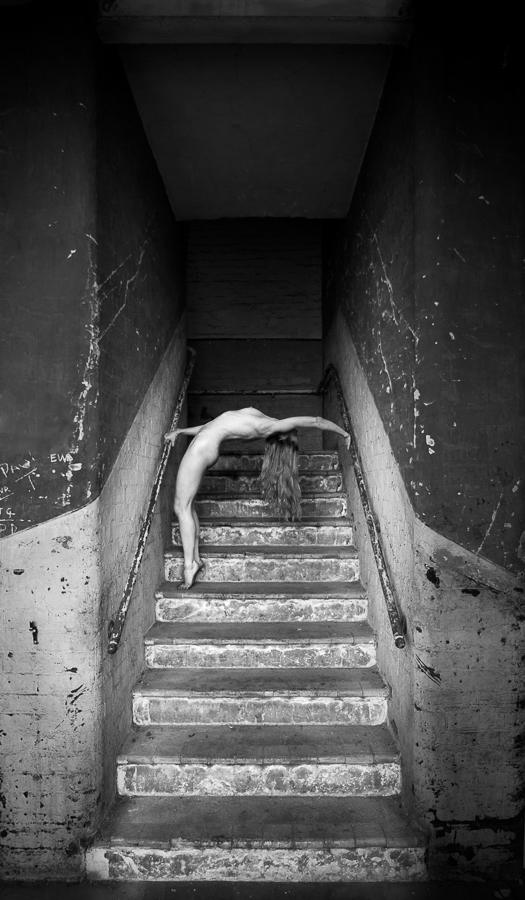 And it had this absolutely magnificent wall. 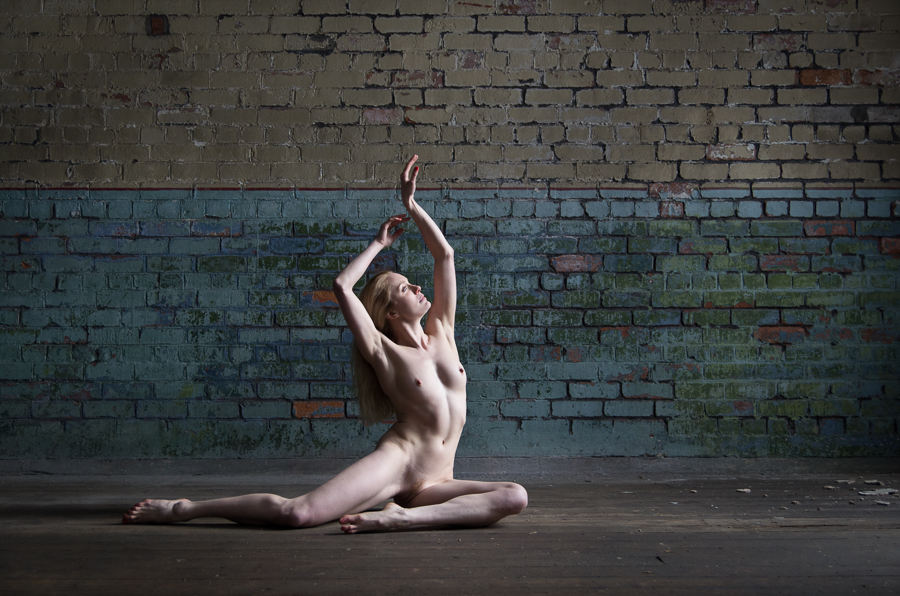 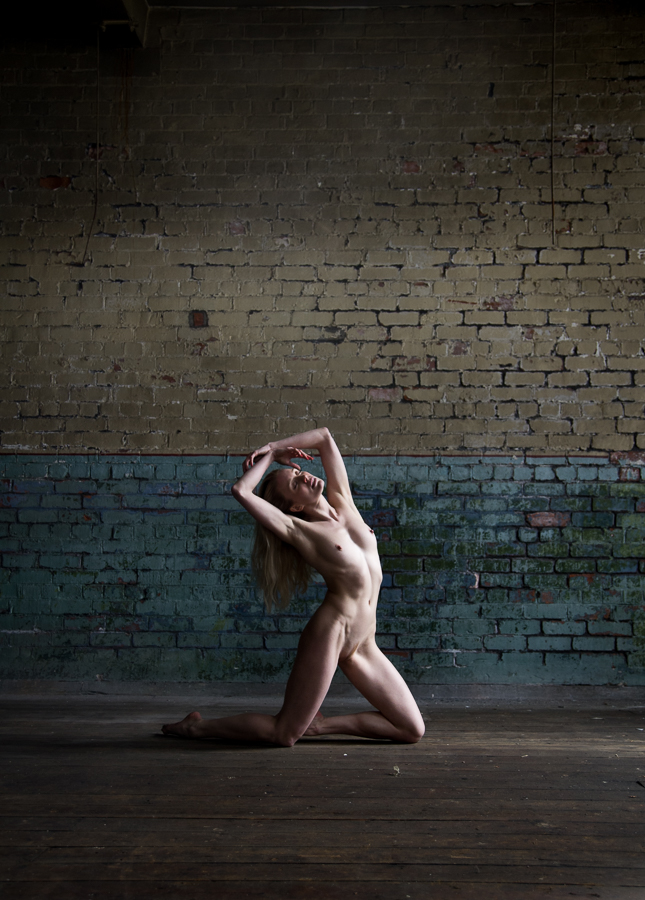 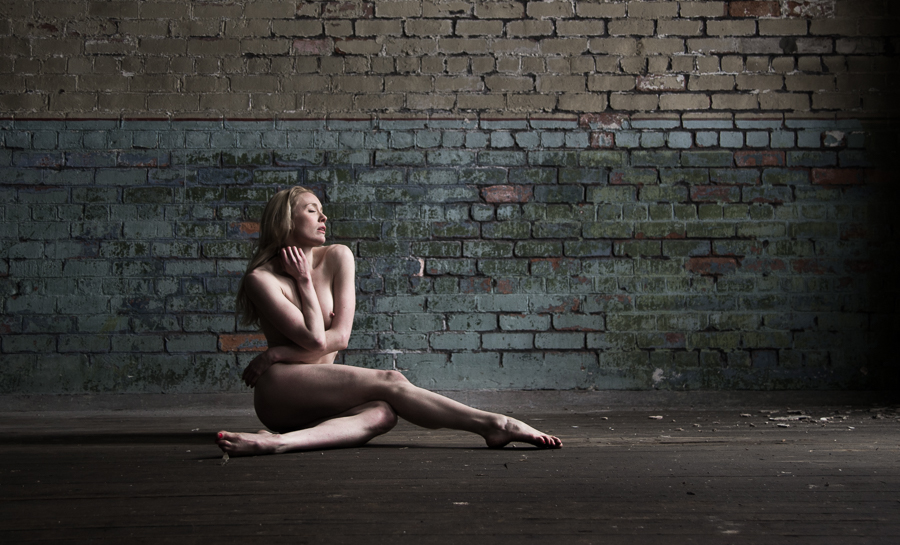 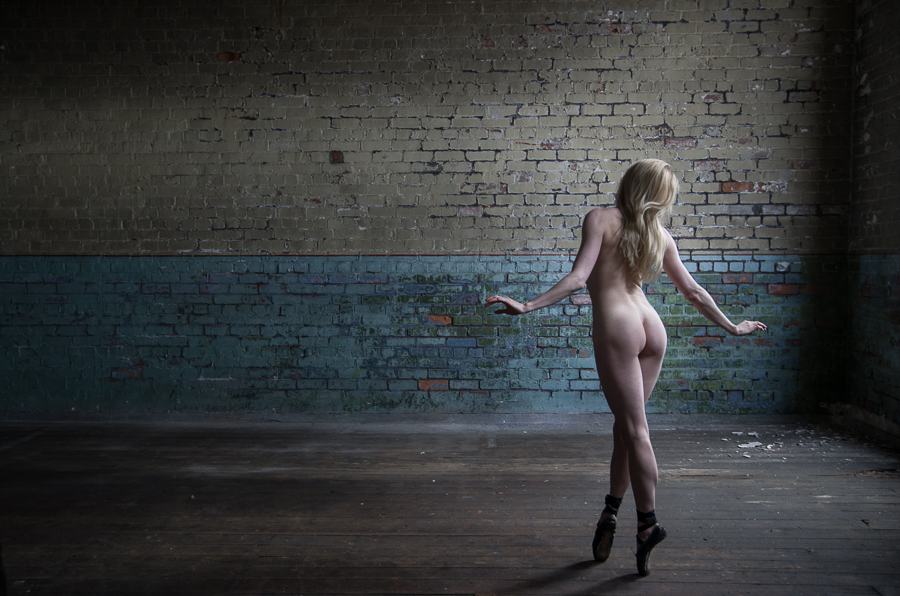 So some clues to the building, it was a working warehouse as it had a lift. 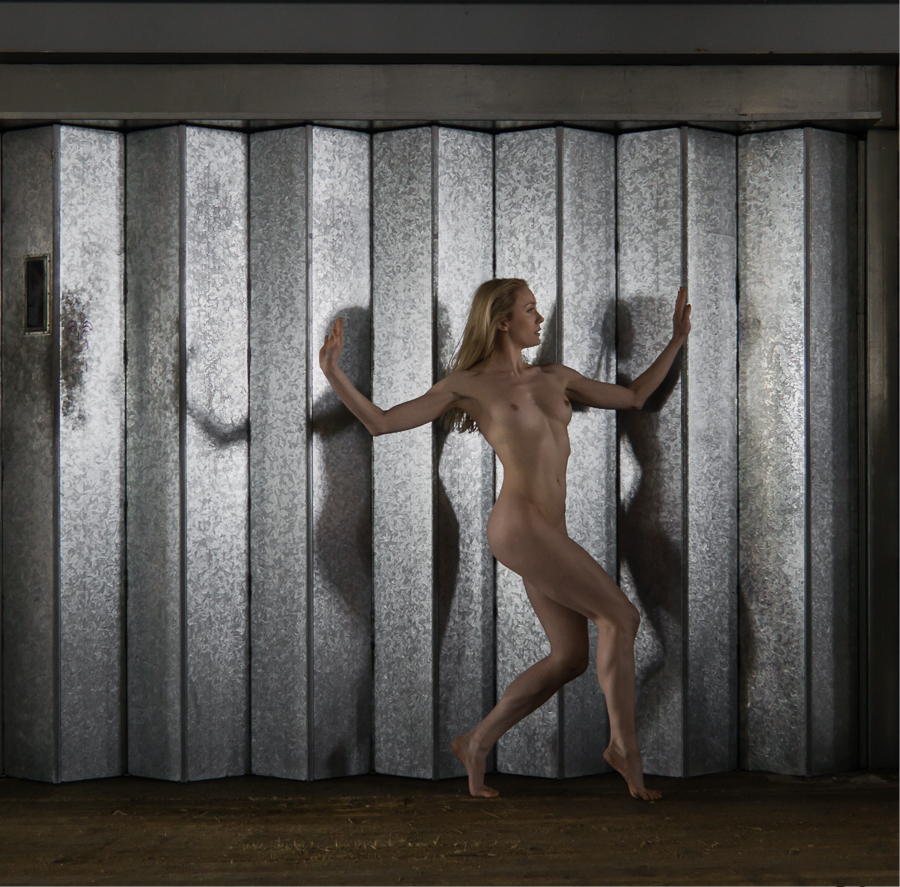 The empty boxes that used to contain the products came in most useful :) 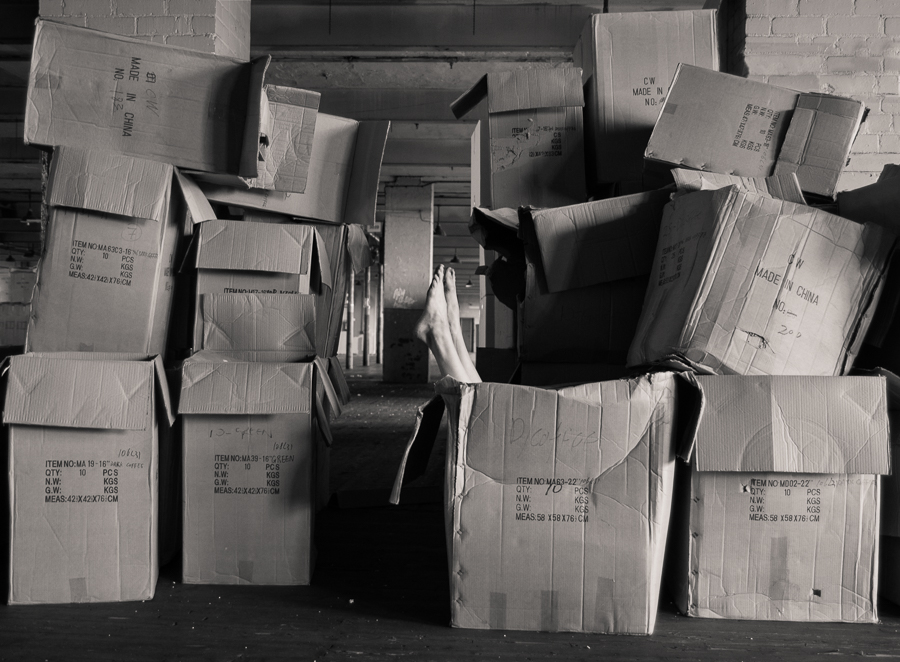 Well you should be able to guess now, it was a lighting goods warehouse. I think a Katy Standard Lamp would sell very well. 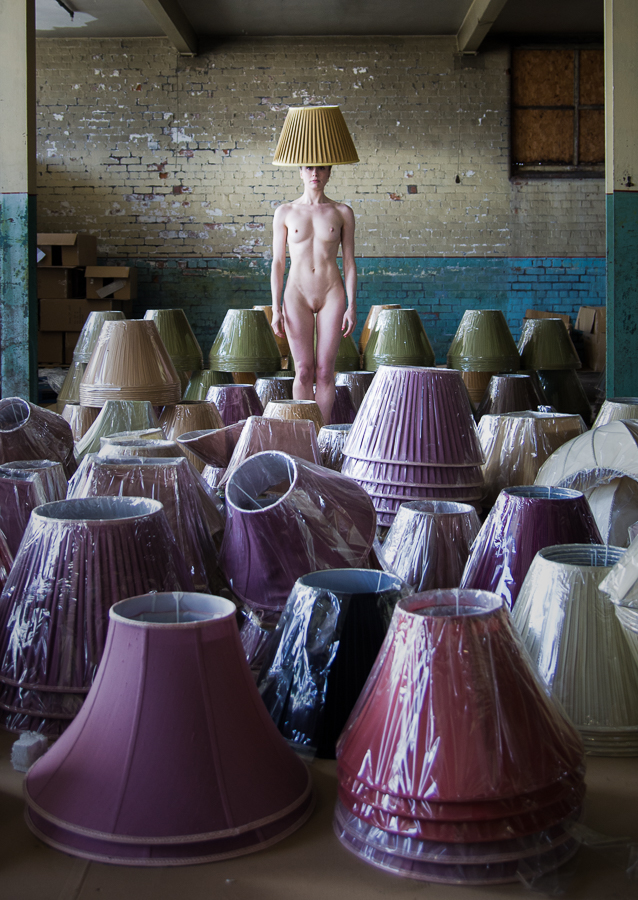 Thanks again to the amazing Katy, as well as the very kind owner of the building, who was given some prints from the shoot, and my two new friends who I’ve shot with a number of times since.

Great photos, and the wall is just the perfect background. Super work as always Tim!