A talented photographer and friend Ciaran Whyte recently did a blog post comparing our styles, and how we manage to produce quite different images using the same models. He could have also included in the comparison his equally talented wife Lorraine Gilligan who with the same models will produce images quite different from both of ours. I don’t particularly try and shoot in a particular style, it’s the only way I know how to take images.

In conversations with fellow photographers in explaining my work I have often said “I don’t take pictures of models, I take pictures that include models”, and the environment often adds that little bit extra to the images. Here’s some recent images that illustrate that (recently worked on not recently taken,both images were taken over 18 months ago!): 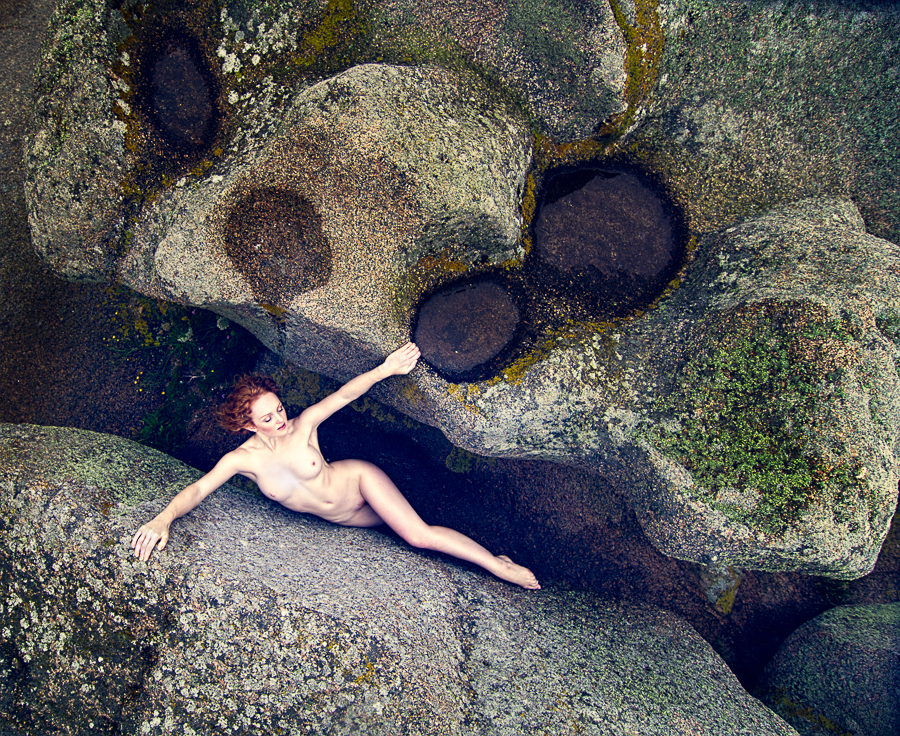 The amazing and gravity defying Katy! 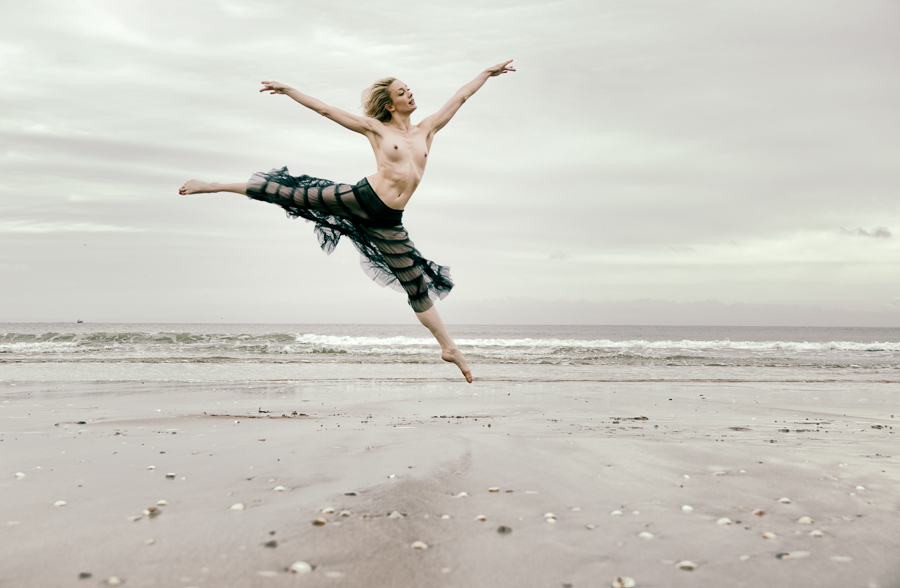 To keep my photography from stalling I’m trying lots of new things, so this image was taken earlier this year in an artist’s studio on a shoot arranged by my very good friend and awesome photographer Rebecca Parker. The aim was to create an optical illusion so that at first glance  it could look like Holly was standing behind a painting of herself. 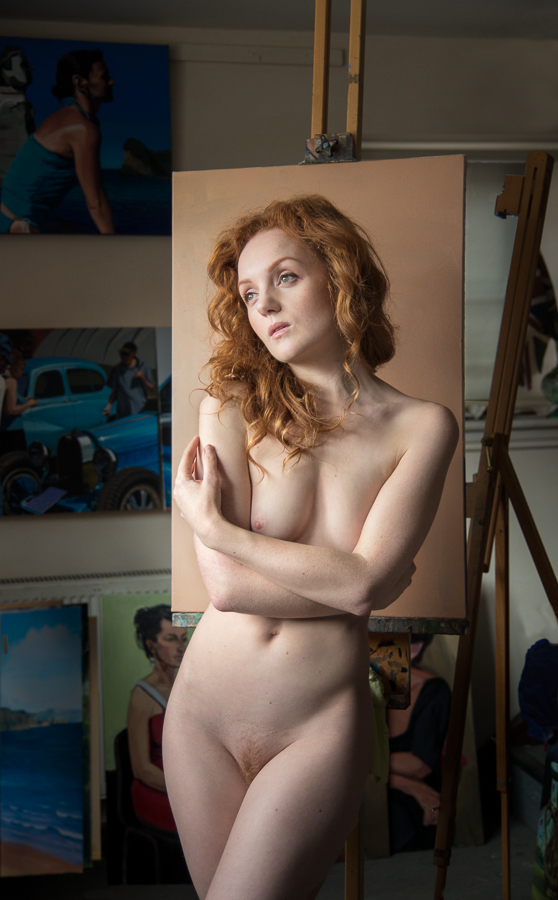 The best way of keeping up the motivation to produce new images is to be inspired by the models you work with, and that’s certainly the case with the inspirational and beautiful Lulu Lockhart. She’s really so enthusiastic and fun to work with you can’t help but produce great images.  Which probably explains why although I only met her in April, by the end of the year I will have had an embarrassingly large number of days shooting with her, probably more than any other model in any 12 month period!

This was an opportunistic shot taken in the bathroom of the B&B we were staying in recently. She got this great bathroom, my room had a tiny shower! 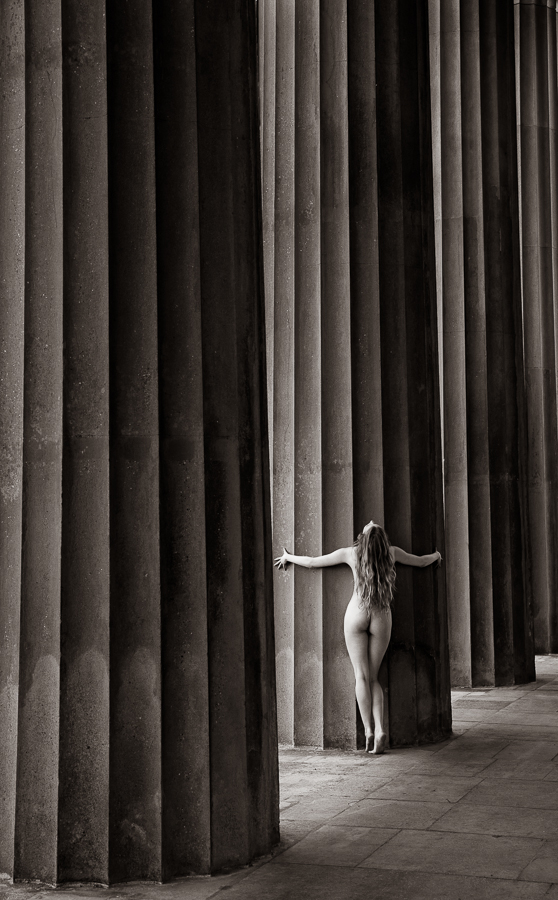 I love this shot, but credit where credit is due, this image was Lulu’s idea, and I feel that being receptive to model’s ideas has helped my images be as successful as they are. So she came up with the idea, she did the pose, but I did press the button ;) 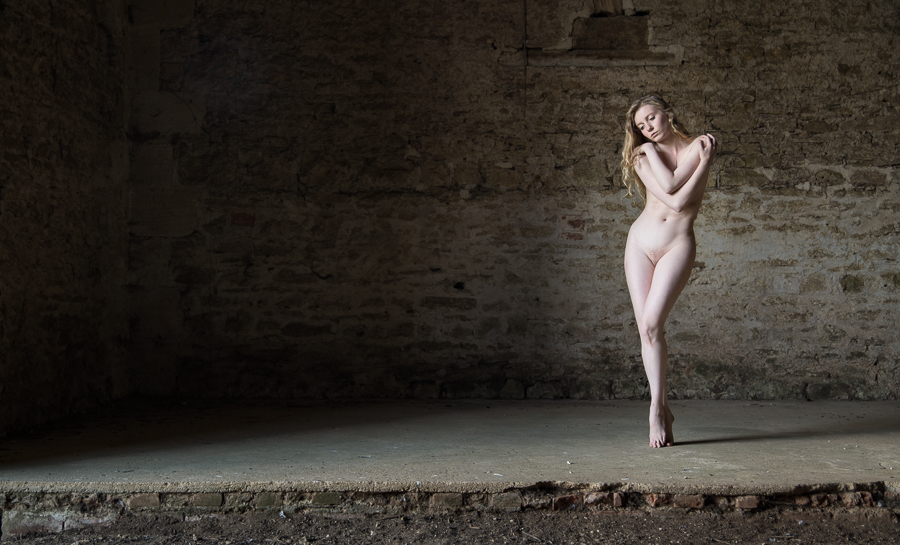 When I first took up model photography I did wonder how long it would be before I got bored, or moved onto another subject, but with all the great people I have met through my photography – models and photographers – my enthusiasm for this genre of photography shows no sign of waning. In fact if anything it’s increasing, as I’ve got quite a few shoots arranged with models that are new to me, in interesting locations such as penthouse apartments and city centres, and also a joint shoot with the multi-talented artist and photographer Marie Otero that I am really looking forward to – Mr Straight meets the master of Photoshop :) followed closely afterwards by a tour of  Irish camera clubs with my talk, and quite a few model shoots, all arranged by the super Bill Power who while relatively new to this genre of photography is as enthusiastic as me, and is picking up lots of awards with his great images!

So definitely exciting times ahead, lots of new people to meet, and I look forward to seeing how all these new things change my photography, hopefully for the better :)

I see the similarities. But I can find similarities between any two things if I try hard enough.
I agree with what Mr Whyte is saying in explaining the difference between his and your
photographic styles.
I am a little afraid that comparing and defining ones photographs will make a photographer
censor and filter him/her-self. I would rather follow an artist who sees and feels no rules
or fences about them.
( I hope this makes sense. I fell asleep 4 times writing these comments.) :)

The only similarities are really only the same choice of models Mr Pope, the aim was to show the diversity of images with the same subject and different minds, and I agree with what so say about defining oneself, I only noticed my style when I looked back at my images, I never conciously tried to shoot in a certain way.
And don’t worry, I fell asleep 4 time writing this blog post!
.. and you missed the fact that I slipped in a door ;-)

I also enjoyed your London work with Zoi. But I was distracted looking at the London skyline to be honest.