May 28, 2011
After starting this blog last July and doing 6 entries that month, it has petered down to 1 or 2 a month. One of the blogs I follow is of the wonderful Irish photographer Ciaran Whyte who takes “similar but different” images to me, if you look at his great wesbite you’ll see what I mean. After reading his latest blog entry he mentions my blog saying “Unfortunately his blog is only updated every now and again”.
So Ciaran suitably ashamed this is an entry about one of both of our favourite models IvoryFlame.
The images are not new – they are from my 2nd ever shoot with Holly nearly 2 years ago – but they are newly processed and selected, after sitting forgotten and neglected on my computer for the last 2 years!!! I now feel that with Lightroom and my better post processing skills I can go back to some of my old shoots and make a much better job of them than I could have done at the time.
The pictures were taken in a tiny old cottage near Birmingham where we had to trample down brambles to get to it. The first image “Through The Doorway” is the only image I have finished and used in competitions, and while not winning any awards it has been extremely successful in gaining acceptances in exhibitions.

Another doorway shot, and some beautiful light on Holly.

Now a couple taken at the door we used to gain entrance to the cottage, with more lovely side-lighting.

This was an amazing room with good light coming from a window on the left, and the super colours of the bricks and plaster which  went so well with Holly’s skin tones and hair. I just love the beauty of Holly against the decay of the walls and window. 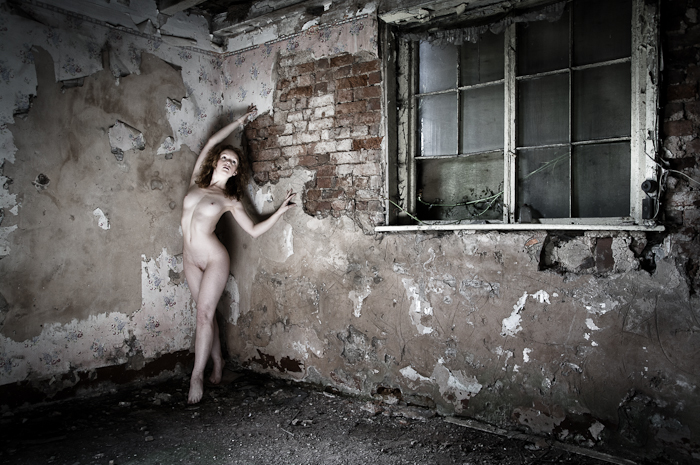 Also there was a staircase with super top-lighting from a small window. In these next two images it just catches Holly’s hair perfectly

And finally a couple that have been messed around with a bit, the first one with some textures.

And the final one a “photo-realistic” image, whatever that means, courtesy of a tutorial from Digital Photo magazine, I will definitely look up the tutorial again and try it on some other images as I feel the effect is quite striking, and very suitable for potential exhibition entries. In this image I think it has made Holly’s skin statue-like, or something like that which I can’t quite think up the right description for. 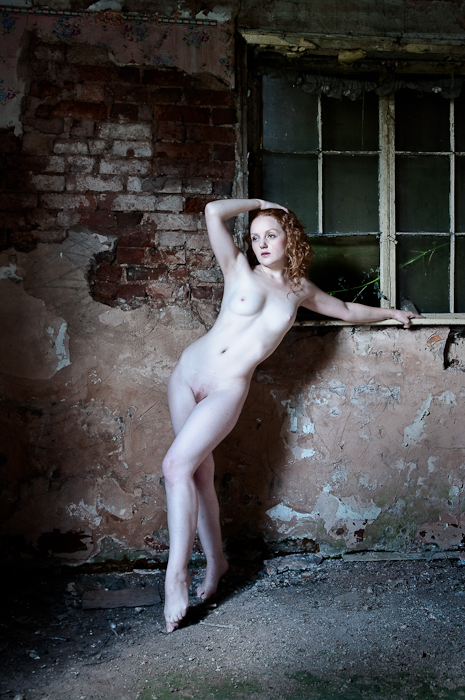 I think quite a few of these may be winging their way to exhibitions in the near future, now that I have re-discovered them.
So not only is it a big thank you to Holly, but also to Ciaran for pointing out my lack of blog entries. I shall make a concerted effort to update my blog more regularly, and if I fall behind then feel free to give me a nudge to remind me.